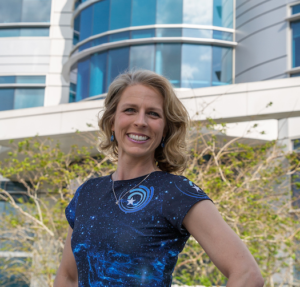 Lucas was part of the Core NASA Extreme Environment Mission Operations (NEEMO) team for 9 missions where astronauts would carry out analog space missions underwater in the Aquarius habitat. Along the way, she discovered her passion for launching the next generation’s dreams and ambitions. Her passion for inspiring students led to extensive work with other organizations in STEM outreach so she founded the non-profit Higher Orbits | Higher Orbits to continue to work to inspire students about the wonder of STEM through spaceflight, and she serves as Higher Orbits President today. Lucas is proud to be a Space Camp Alum, AIAA Associate Fellow, and member of the Space Camp Hall of Fame. 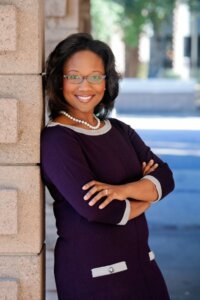 Renowned for her popular TED Talk, “Own Your Body’s Data”, Dr. Talithia Williams takes sophisticated numerical concepts and makes them understandable to a wide audience. She demystifies the mathematical process in amusing and insightful ways, using statistics as a way of seeing the world in a new light and transforming our future through the bold new possibilities inherent in the STEM fields.

Williams is cohost of the PBS series NOVA Wonders, premiering in April 2018, and has delivered speeches nationally and internationally on the value of statistics in quantifying personal health information. She has made it her life’s work to get students, parents, educators and community members more excited about the possibilities inherent in a STEM education. In 2015, she won the Mathematical Association of America’s Henry L. Alder Award for Distinguished Teaching by a Beginning College or University Mathematics Faculty Member, which honors faculty members whose teaching is effective and extraordinary, and extends its influence beyond the classroom.

As an Associate Professor of Mathematics at Harvey Mudd College, Williams has made it her life’s work to get people—students, parents, educators and community members—more excited about the possibilities inherent in a STEM education. Williams received her B.S. in mathematics from Spelman College, master’s degrees in both mathematics from Howard University and statistics from Rice University, and a PhD in statistics from Rice University. Her professional experiences include research appointments at the Jet Propulsion Laboratory (JPL), the National Security Agency (NSA), and NASA. 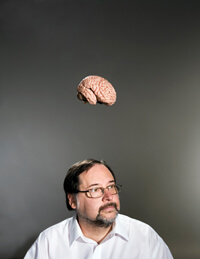 Dr. John Medina is a developmental molecular biologist, researcher, professor and the author of 10 books focused on human brain development. His New York Times bestseller, Brain Rules: 12 Principles for Surviving at Work, Home and School has been celebrated as the definitive handbook for understanding the brain and optimizing its performance. It has been translated into more than 20 languages and selected for use as a textbook at numerous universities.

Medina is an affiliate Professor of Bioengineering at the University of Washington School of Medicine and the founding director of the Talaris Research Institute, a Seattle-based research center focused on how infants encode and process information at the cognitive, cellular and molecular levels.

In his 2018 book, Attack of the Teenage Brain! Understanding and Supporting the Weird and Wonderful Adolescent Learner,Medina proposes a bold redesign of educational practices and learning environments to deliberately develop teens’ cognitive capacity to plan, prioritize, focus and manage their emotions. 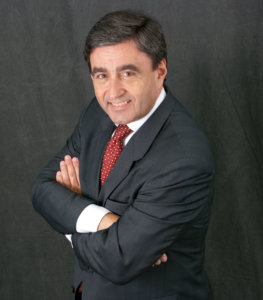 Mazur is a prominent physicist known for his contributions to the field of nanophotonics, an internationally recognized education innovator and widely sought-after speaker. Mazur’s teaching methods have been adopted across multiple science disciplines, inspiring a large national and international following of educators and policy influencers. He was the first recipient of the $500,000 Minerva Prize for Advancements in Higher Education and is the author of several books and author or co-author of nearly 300 scientific publications. He pioneered peer-to-peer learning and is considered the father of the “Flipped Classroom” approach to teaching for deeper learning. He has founded several successful companies and serves as Chief Academic Advisor for Turning Technologies, a company developing interactive response systems for the education market. Mazur has been widely published in peer-reviewed journals and holds a number of patents.

His motivational lectures on interactive teaching, education, technology and assessment have changed the way students of all ages are taught. Dr. Julie Schell is the Assistant Dean for Instructional Continuity and Innovation in the College of Fine Arts (CoFA) at The University of Texas at Austin, where she led the transition to online learning for over 200 Fine Arts faculty and academic staff during the CoVID-19 pandemic. She currently represents the College on UT’s university-wide online learning task force, working to respond to the rapid need to ensure academic continuity for 50,000 students. Dr. Schell also serves as the Executive Director of UT’s School of Design and Creative Technologies (SDCT) Extension. Dual appointed as an Assistant Professor of Practice in SDCT and the Program in Higher Education Leadership within the College of Education, Dr. Schell is an award-winning expert in teaching and learning. She teaches graduate courses on technology and innovation in higher education, college teaching and learning, design thinking in education, and design pedagogy. She completed her doctorate in higher and postsecondary education at Teachers College, Columbia University, and a four-year post-doctoral fellowship focused on the science of learning in the Mazur Group at Harvard University. Dr. Schell has published and spoken world-wide on pedagogy and learning science. From 20013-2017 she served as the Director of Texas OnRamps, a state-wide distance and online learning initiative to bring UT Austin courses to tens of thousands of high school students. Schell began her journey at UT Austin as the lead instructional designer for Texas OnRamps. While at UT Austin, Schell also won a grant from the Longhorn Innovation Fund for Technology (2013), where she co-designed a collaborative, online learning game called ConceptQuest. In 2019, Dr. Schell designed and launched an online course on design thinking called Think Before You Design Think (c) for the Fortune 10 company, AT&T.