John’s Big Idea: John understood the potential that robotics held as a learning tool in the classroom. Designing and programming robots to perform basic tasks and solve problems engages students’ own problem solving and creative skills. John anticipated having around 15 simple robots for a classroom of 30 students, ensuring each student had plenty of hands-on experience with the robot. With hands-on robotic lessons developed in the classroom, students evaluated data, solved problems and applied engineering skills to robotics design. Robotics was a challenge-based learning activity.

Interesting Facts: Apart from being a STEM teacher, John spends his spare time keeping up with a 99-year-old house and converting an old Mercedes diesel to run on vegetable oil. John has coached a wide variety of sports and clubs after school such as track, football, cross country, FIRST robotics, Lego club, and youth soccer. Teaching is his second career; he started out as a microbiologist for a large pharmaceutical company while pursing an MBA.

In his own words: "With hands-on robotics lessons developed in the classroom, students will be learning how to use the engineering design process, problem solving skills, testing, and evaluate data and redesign." 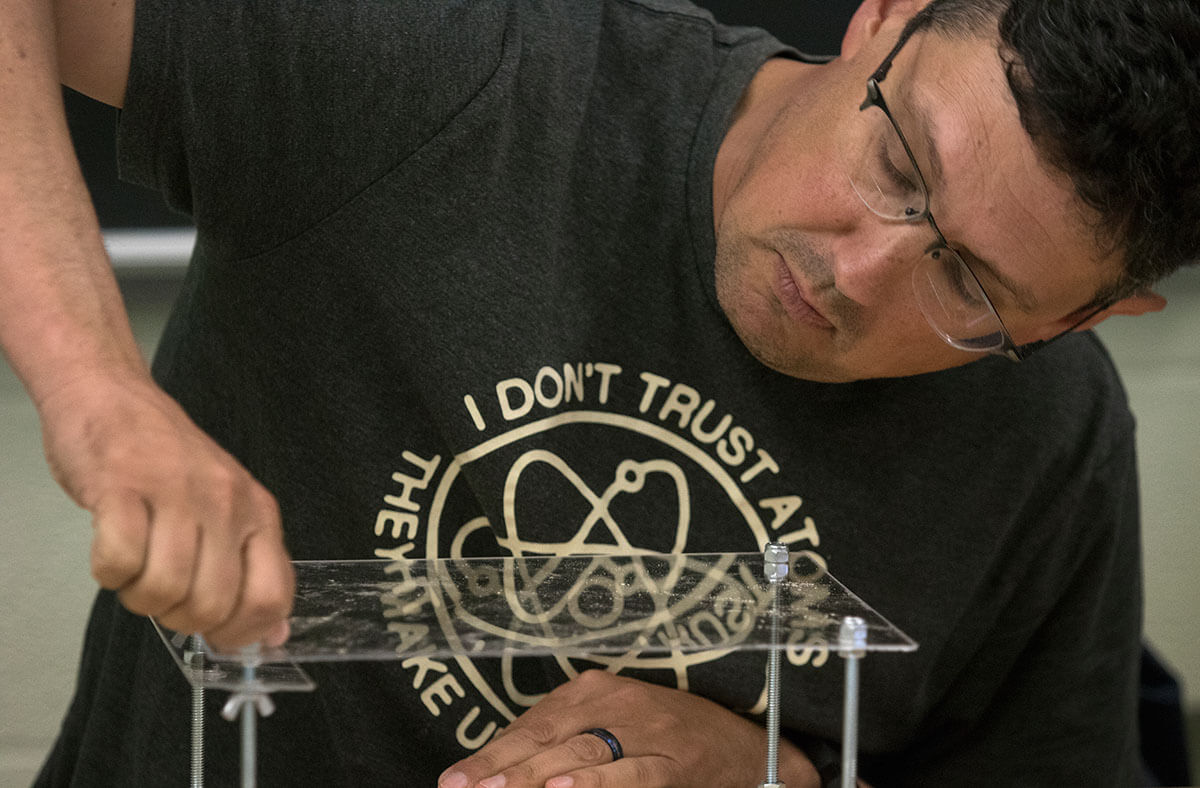 John Lui from Dousman, WI, puts the finishing touches on his microscope made Monday, June 5. (Photo by Brook Joyner) 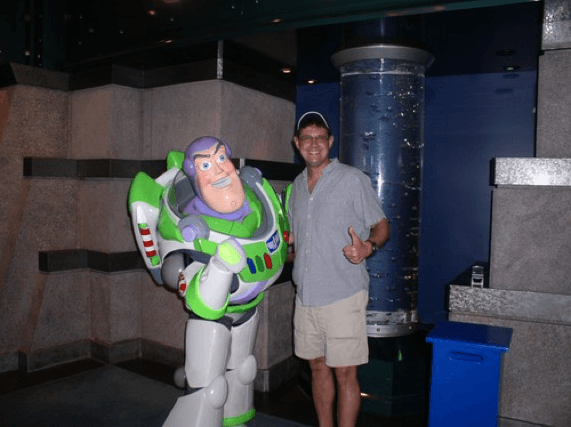 Class of 2017 National STEM Scholar, John Lui, poses with famous space pioneer, Buzz Lightyear
On being a 2017 STEM Scholar: “My challenge project allowed me to stand back and be a coach, to let the kids do their work — and I learned with them too.”