Bruce’s Big Idea: Bruce developed a semester-long unit called the Hyperproject, which had students extrapolate current technology 20 years into the future and create a prototype of a new product for the future, along with a business plan to market the new item. Prototypes were constructed with the help of 3D printers. The unit culminated with a public presentation in the form of an IPO (initial public offering) with different students trying to solicit venture capital in the form of Hyperbucks.

Interesting Facts: Bruce refereed team handball in the 1996 Atlanta Olympic Games. More recently, Bruce is learning to master 3D printing to eventually incorporate it into his STEM curriculum. Bruce is also very active in the STEM community and regularly participates in professional development programs and has logged upwards of 150 professional development hours per year for the past ten years.

Bruce attended the 2018 National Science Teachers Association conference as a presenter after attending with the National STEM Scholar Program in 2016.

In his own words: "I love to teach modern physics to my 8th graders - it blows their minds. I love to teach genetics to my 6th graders as they will be the ones to have to make the hard choices in the future about the uses and misuses of this technology." 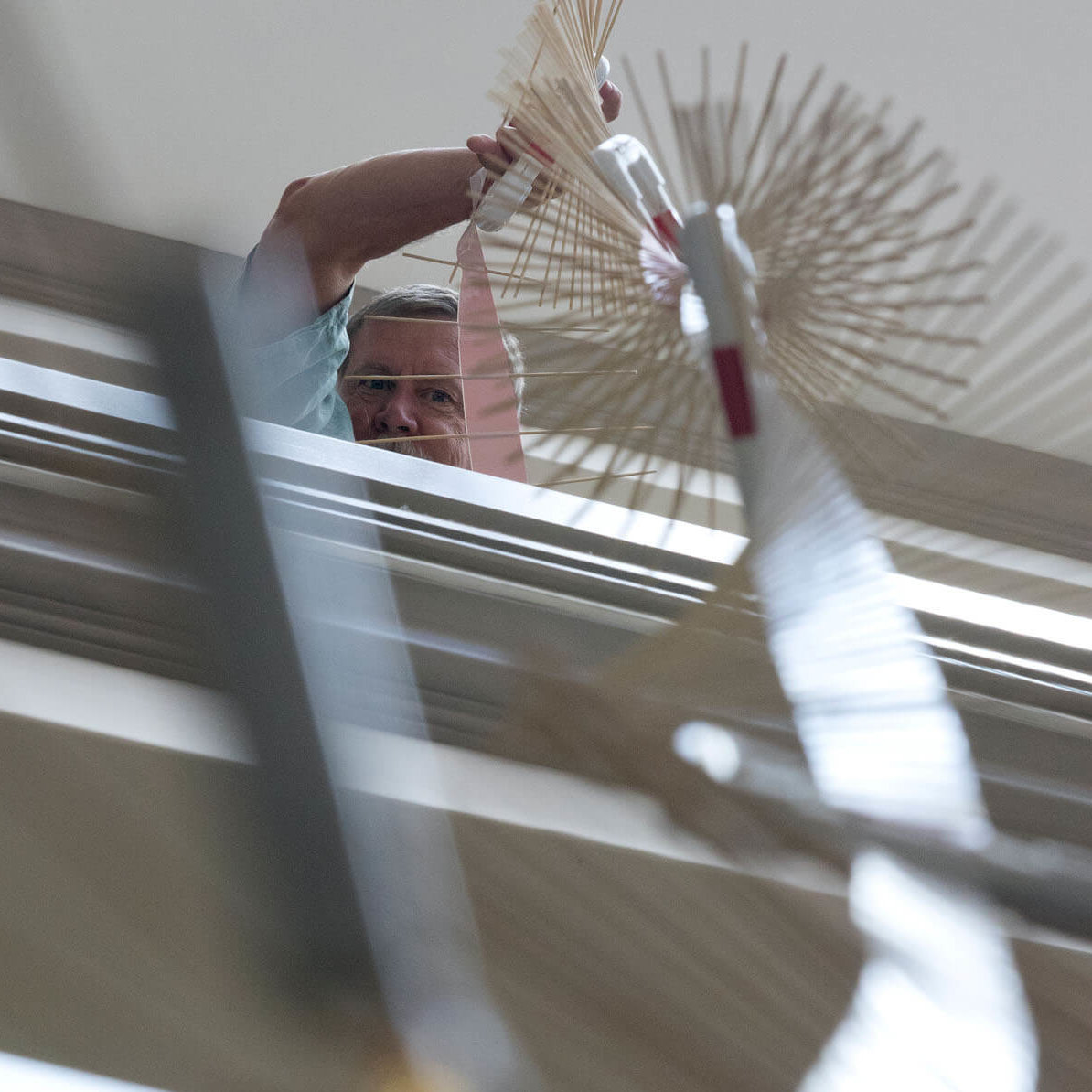 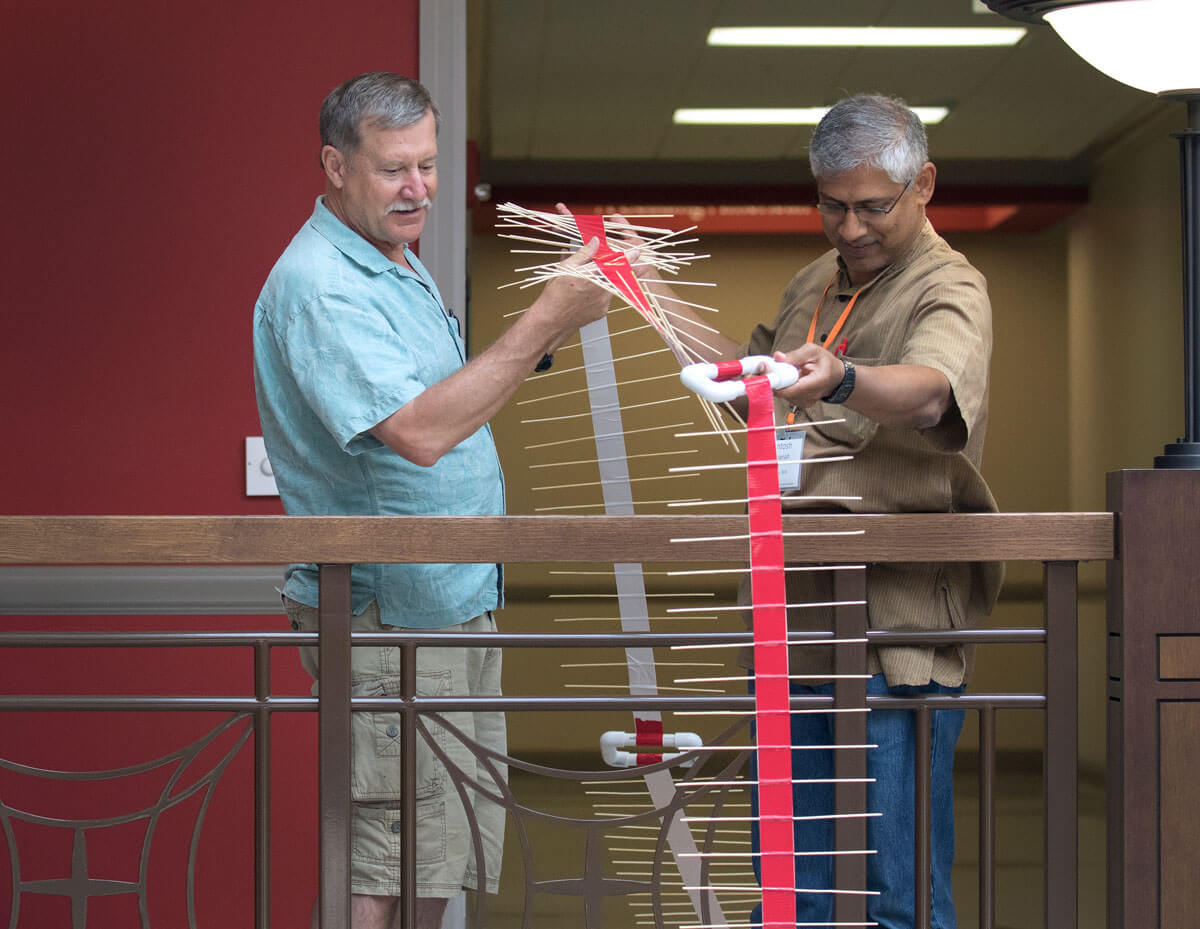 Bruce Boehne (left) from Zion Lutheran School in Dallas, Texas, and Santosh Zachariah from the Evergreen School in Shoreline, Washington, lower a wave machine over the balcony in Gary Ransdell Hall Wednesday, June 8. The NSCF Scholars each built their own wave machines then attached several to make a large wave machine. (Photo by Sam Oldenburg)